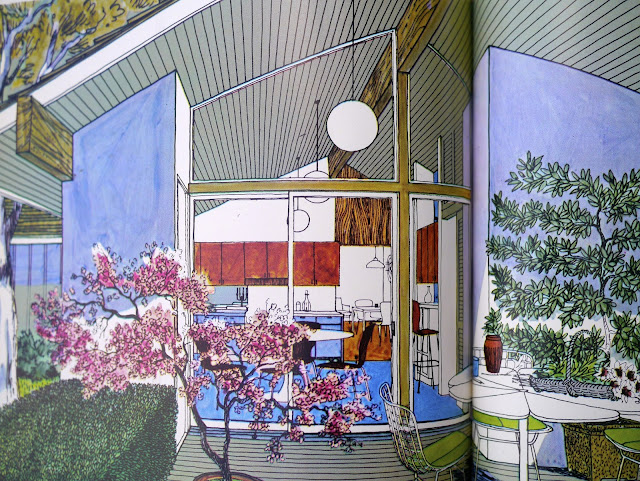 These illustrations are from the first two volumes of The Practical Encyclopedia of Good Decorating and Home Improvement, published in 1970 by Meredith Press. As much as I love the supersaturated technicolor photos from vintage decorating books, I think I like these almost cartoonish illustrations even more. If I were clever, I'd figure out how to frame them and hang them in my home. Well, maybe not so much clever, but a book butcher—I find copies of these often enough that I could slice and dice 'em, but ugh, the thought makes me sort of queasy (no offense to all the crafters out there repurposing old, unwanted books into journals and jewelry boxes). As it is, I only seem to ever come across the first two volumes in this series of encyclopedias (yes, I could track down the entire 18-volume set on ebay, but that would spoil the fun, right?). I'm selling a pair at the etsy shoppe right now, but maybe I should be just cutting them up. 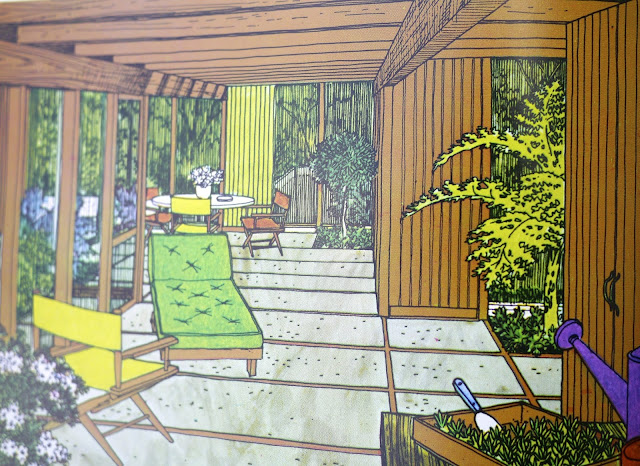 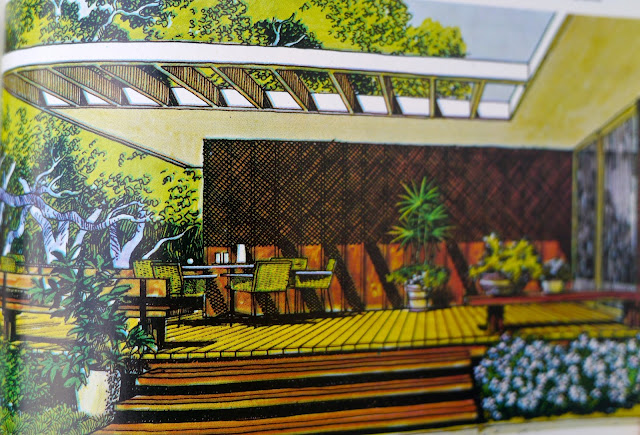 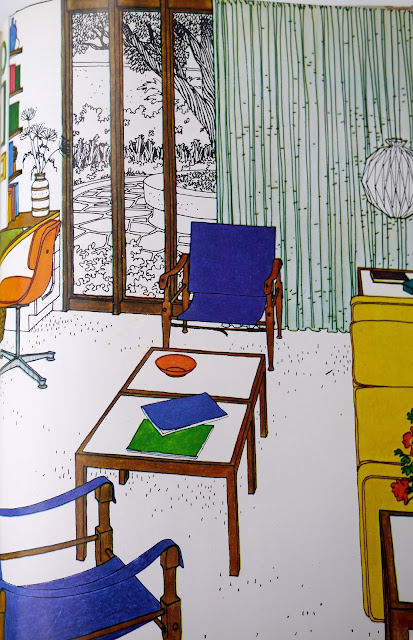 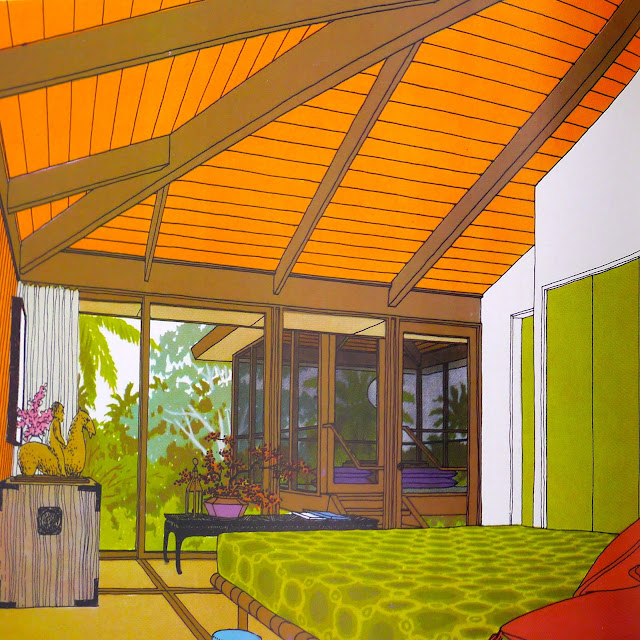 Bed Bath and Totally Beyond: the Terence Conran Books 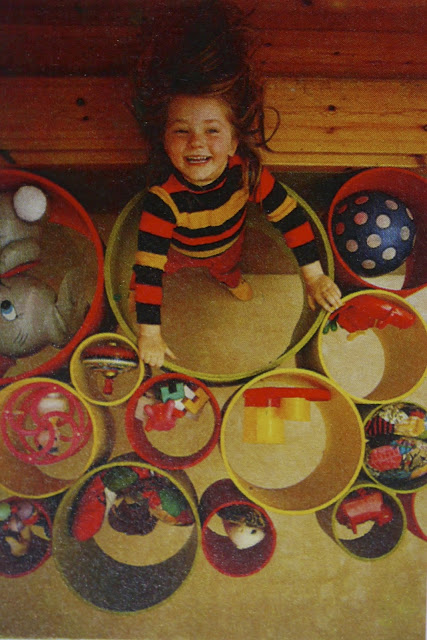 As with the Sunset Books, I bought my first Terence Conran not long after we moved into our midcentury ramshackle ranch. Even more so than with the Sunset Books, when I cracked open The House Book for the first time, I just had this feeling of YES. This is it. I didn't know until that moment that I'd aspire to bring this late-midcentury-boho-euro-eclectic vibe in my home, but so it was.

I love, love poring over the photos in Conran's design tomes. He's lent his name to dozens, but it's the first three—The House Book (1974), The Kitchen Book (1977) and the one I'm sharing here, The Bed and Bath Book (1978)—that comprise the Essential Design Triptych, especially if you favor a slightly disheveled aesthetic, the result of too many books, kids and houseplants. This is how I imagine the characters in certain Margaret Drabble's novels to be living.

I've been selling copies of these books pretty regularly over at the etsy shoppe, but I also have given quite a few as gifts. I was inspired by a gentleman of a certain age and disposition who, upon seeing me reading one at my mother-in-law's house, recalled a time when The House Book was a standard gift for engagements and housewarmings. In light of today's Supreme Court decision, I imagine there are going to be more engagements than ever that ought to be celebrated with a little Terence Conran. 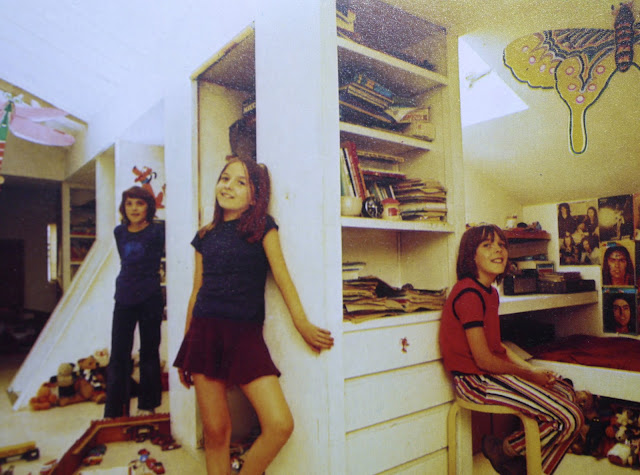 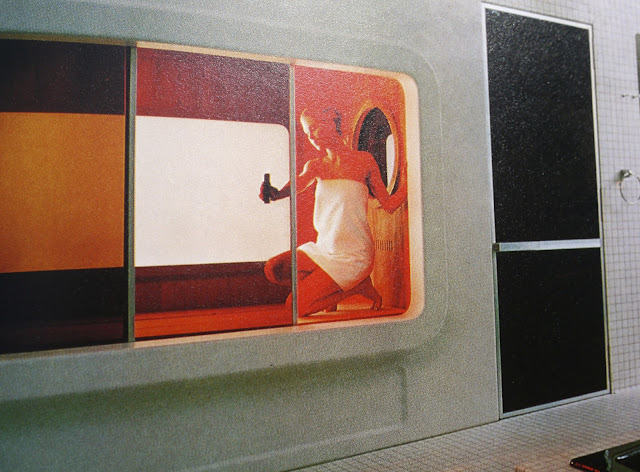 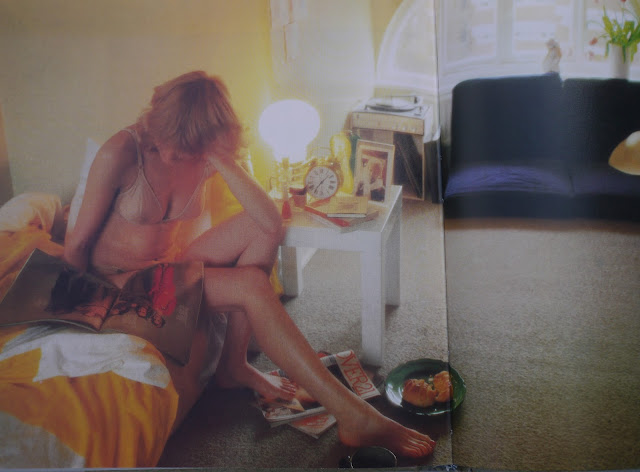 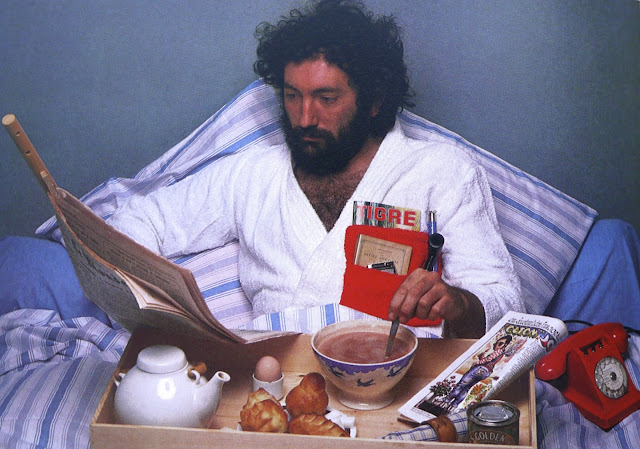 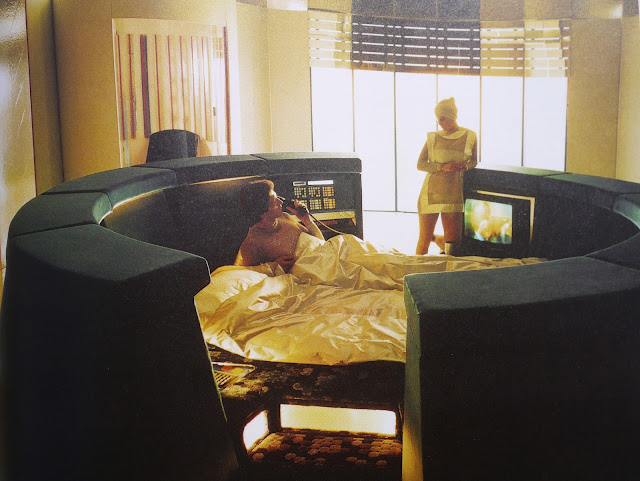 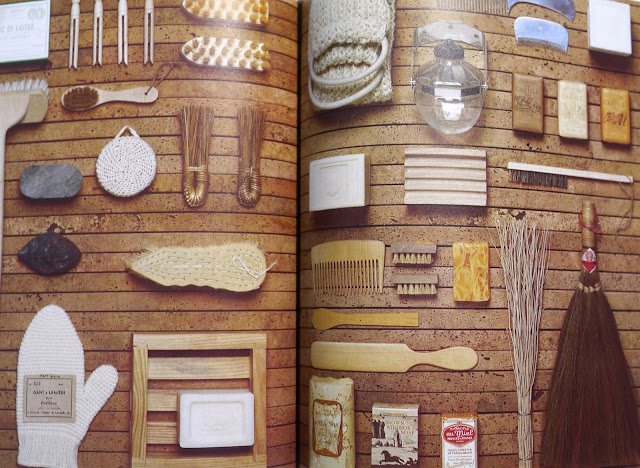 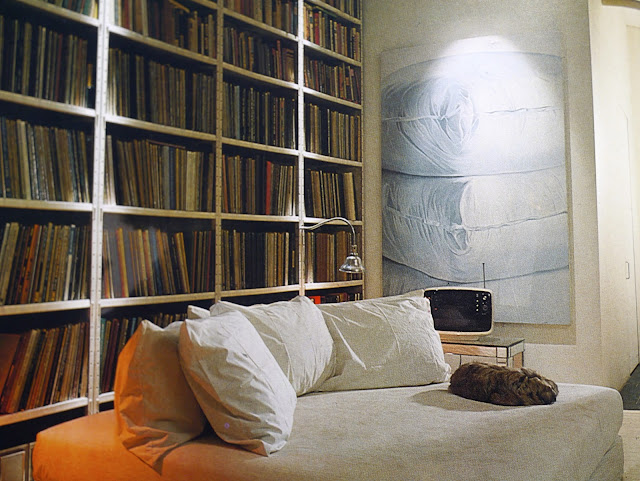 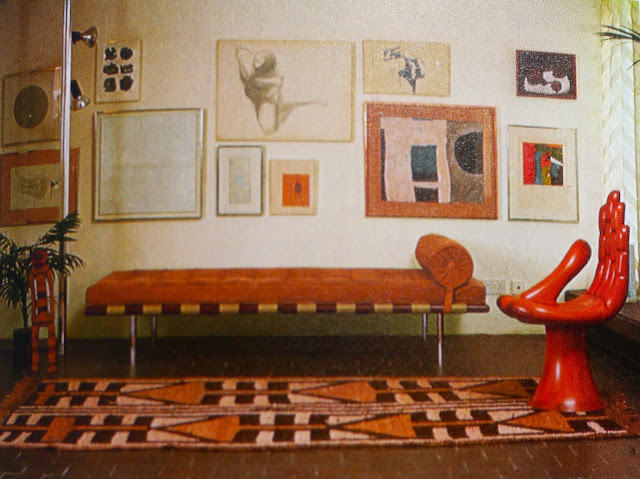 Sunset Magazine is what you might call venerable; a lifestyle mag focused primarily on the West, it's been around since the late 19th century. I'm not sure how well it's doing these days. For a time, a few years back at least, I noticed they had prime pockets at the check-out at my local supermarket chain, but I haven't seen a copy in ages. I would thumb through it, hoping their sense of style would be somehow frozen in time (frozen in the 1950s-70s), but alas, why would it be?

Anyway, there's no reason to bother with the magazine when so many copies of their floppy midcentury guide books and idea books can still be found at garage sales, thrift stores, library sales, etc, at least in this part of the country. I started buying Sunset Books not long after moving into our midcentury ramshackle ranch house and only when I started taking inventory of my piles a few months back did I realize quite how many I had amassed over the past eight years. I've sold almost all of my doubles, triples and quadruples at the etsy shoppe (very pleased to be spreading the Sunset goodness all over the country), but I can't bring myself to get rid of the revisions and later editions of the originals, even though the content is often not that wildly different.

It's those covers! Just look at how "recreation rooms" evolved into "leisure rooms" and on into "family rooms, dens & studios." The names changed, but the propping didn't necessarily: guitars remain a feature, as do art projects, though painting is replaced by textile art and then the typewriter.

I love the way the kitchen covers progress (or regress, depending on your POV), especially the way the model moms are dressed—I'll take the ’70s cover, thanks! Especially those Bertoia counter chairs. But why are the mom and daughter shooting daggers at one another a la Betty and Sally Draper over a bowl of fruit? When did a mother ever give a kid the stink-eye for helping herself to an apple? Mysterious...

Even more mysterious is the transformation of the children's craft book covers over just a few years, from primitive illustration (love the dollhouse) to pitiful elephant craft to menacing puppet. But I like it. 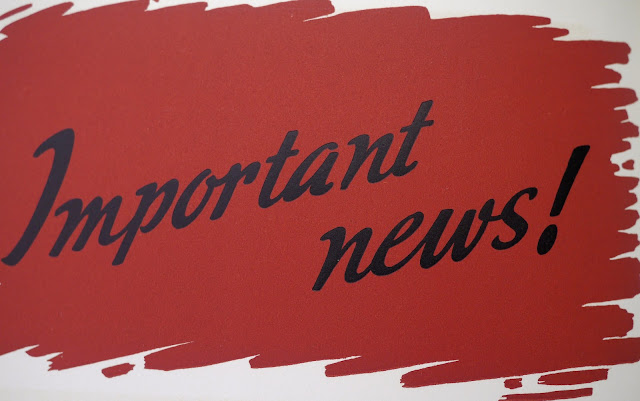 The news is simply that I still exist.

I have not abandoned this blog as I have abandoned certain others; I've merely been sucked into the whirling eddy that is summer vacation. I'm not sure who planned out this summer, but whoever did certainly didn't give much careful consideration to my needs—for instance, my need to go to estate sales every Friday, to buy things to keep, to buy things to sell, to buy things for seemingly inexplicable reasons to be examined here, on this neglected blog. To research the value of things bought, to photograph them endlessly, to list them on etsy. Or to clean and then carefully arrange them in my teeny antiques mall stall, where they can be ignored by the kind of foot traffic that doesn't know from MCM to midcentury-atomic-eames-era-retro-danish mod-60s-70s-kitsch-whatever. Right now this summer is panning out to be just like the school year except that the kids aren't in school. I entertain them all day and then shuttle them to various one-hour-long extracurriculars, idle in parking lots and waiting rooms with other idling parents. What nonsense! Who's in charge here?

But today I can thank Carl Hiassen for deciding to write compelling novels for the young; right now, having played tennis, gone swimming and consumed tubs of Orange Leaf, my girls are working their way through his audiobooks, some of which are at least eight CDs long. Hurray! So I have been uploading a ton of photos for the blog as well as listing like a mofo at my etsy shoppe. Expect a flurry of postings and listings this week. As for the next two, I'm off to the homeland, where the flag flies forever half-mast for James Gandolfini, so it remains to be seen if I'll be able to keep it up (if nothing else my right thumb should be very busy instagramming).

In the meantime, today I have Mad Men on the mind, having actually watched the season finale last night with the rest of the devotees of Sunday-nite prestige programming (previously it was shunted to Monday viewing in favor of Game of Thrones... now True Blood has been relegated to Monday nites). 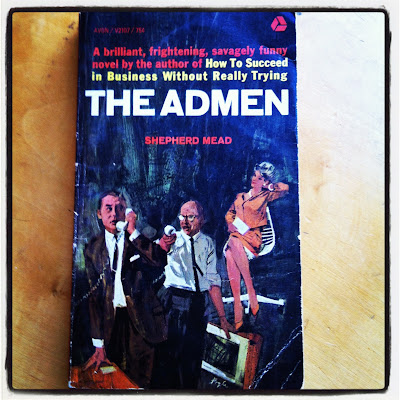 I found the episode quite satisfactory, and look forward to the final season (isn't it supposed to be final—it should be), mostly so I can continue to enjoy the great work the production and costume designers are doing, as that midcentury style evolves deeper into the ’70s. Do we think Banana Republic is going to embrace the Raggedy Ann polyester plaid pantsuit look and come out with another Mad Men line of chic office-friendly attire for youngish ladies? Har. 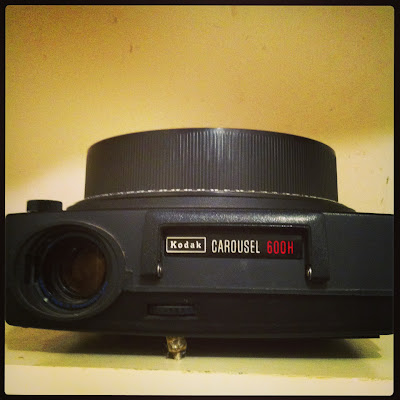 Coincidentally, I was seeing a lot of these Kodak slide Carousels on the estate-sale circuit these past few months. It's impossible to look at one without thinking of that tour-de-force Don Draper pitch scene that closed the first season, right?


Still, that's not quite enough to get me to buy one, as much as I love obsolete technology, just... no. I've got limits, though sometimes I forget what they are.
Posted by gef at 5:11 PM No comments: