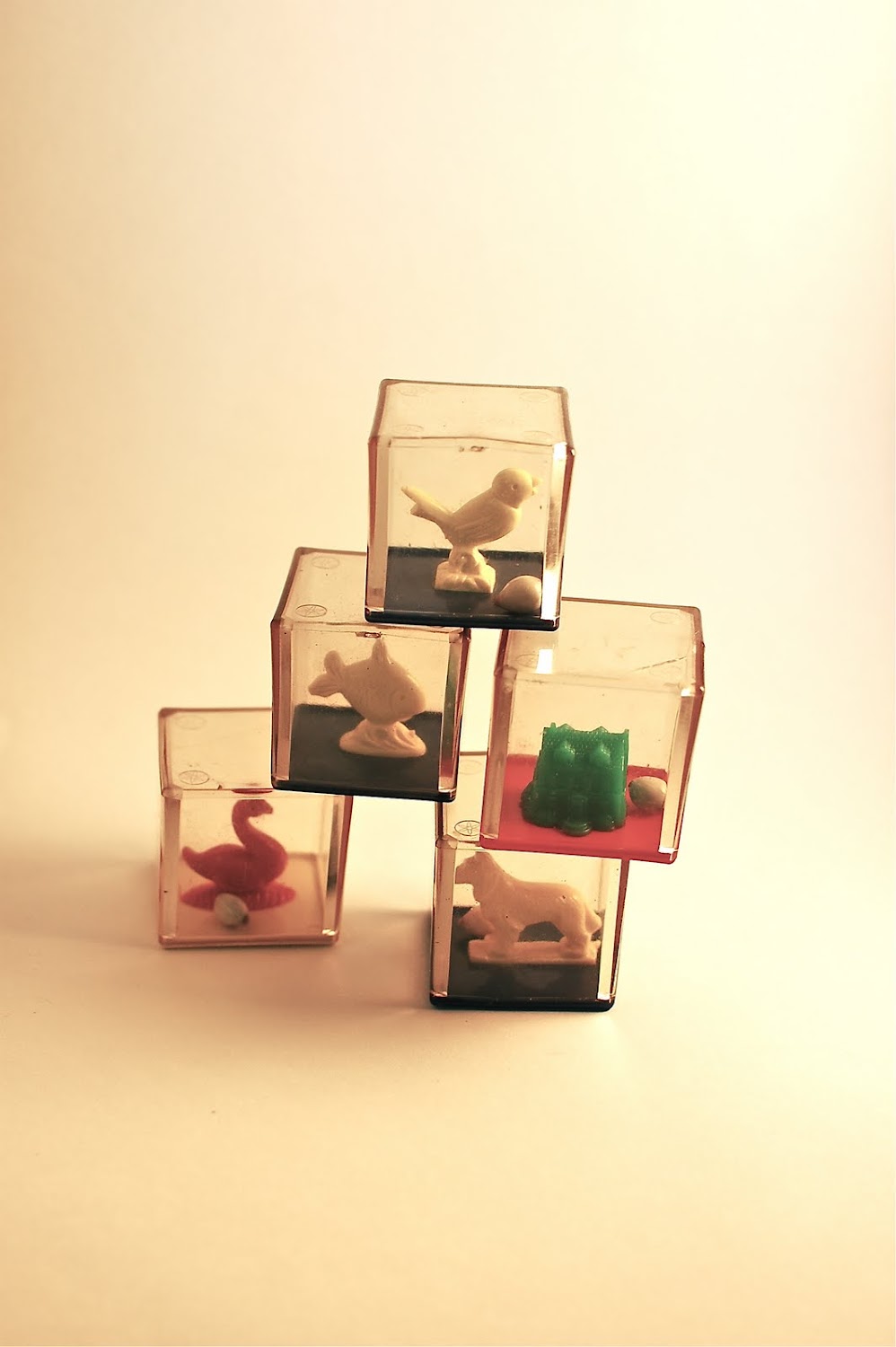 Do these look like novelty ice cubes? I think that's just how they photographed. When I picked them up at a really excellent sale last year, I didn't know what they were either. Some kind of rattling baby blocks, a precursor to the Fisher-price peekaboo blocks my kids loved so much. Upon closer inspection, the rattle element appeared to be some kind of seed... Then I realized what it was: jumping beans. Dead ones. I hadn't seen a dead jumping bean since I bought a box of them at the Woolworth's in my town several centuries ago. Of course those were alive when I bought them, two beans in a clear plastic box. They really blew my mind. Then they stopped jumping and I saved them somewhere and I wouldn't be surprised if they turn up in one of my parents' storage facilities one day.

So a jumping bean is not actually a bean but a seed from a deciduous shrub native to Mexico, containing the larva of a moth. Apparently, there's a whole industry around them (okay, industry is a slight exaggeration), but you can buy gimmicky variations on amazon and lots of other places. After I bought these, the first thing I did was try to find some on the internets—there was one person, also a Texan, selling a few on ebay. Mine were in much better shape.

I'm thinking that today these jumping-bean blocks would definitely end up in some kind of major safety recall.
Posted by gef at 3:37 PM