How do I get my Igor Pantuhoff waif painting back? 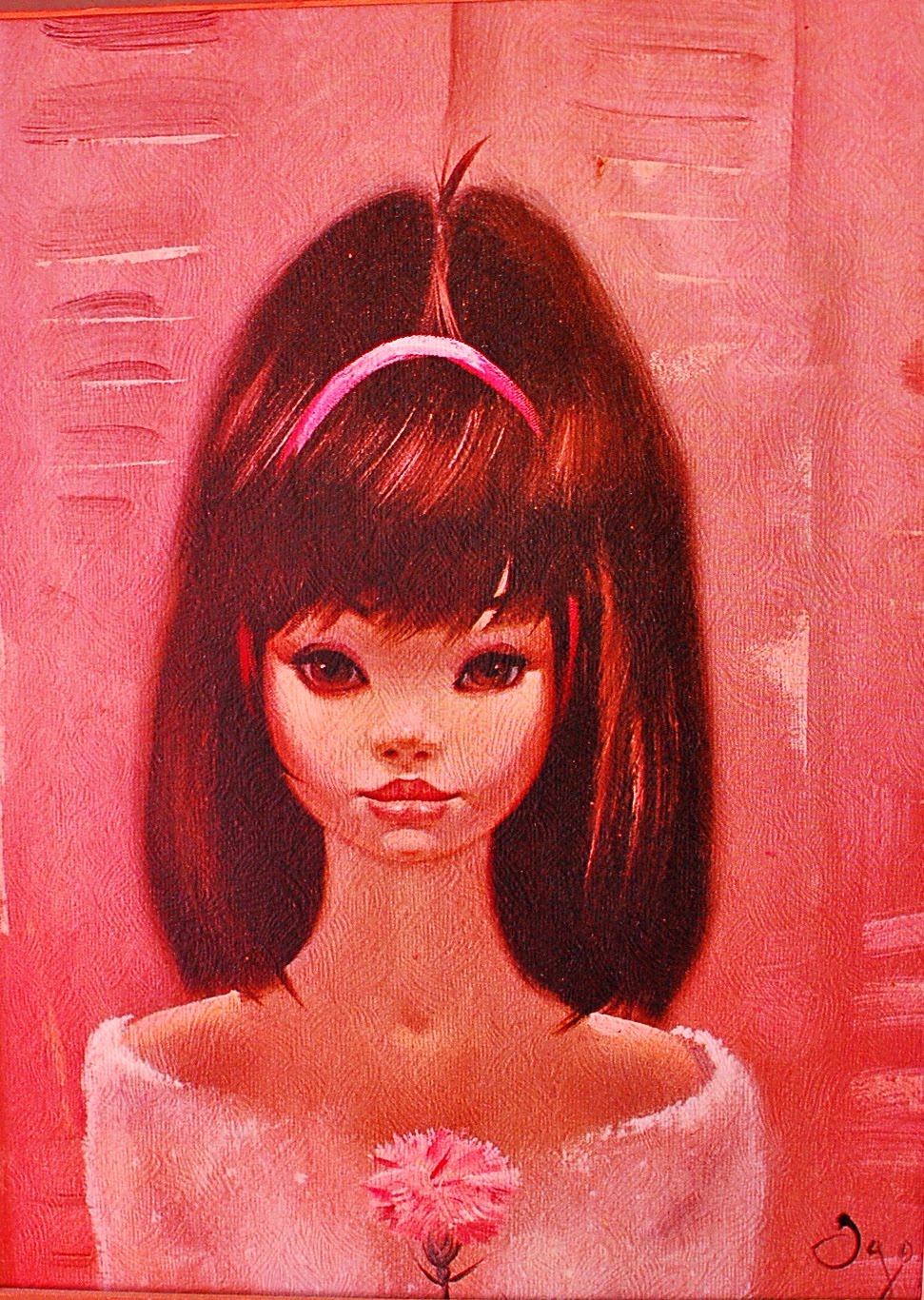 Now that I have officially brought home two paychecks from my antiques mall booth and have begun filling my long-dormant Paypal account with proceeds from the etsy shoppe, I've started looking around my house with a new eye. It's not an eye that says, "Wow, lookin' good!" or even "Where the hell's my dust rag?" It's more like, "Hmmm... I wonder how much I could get for that at the booth, or would it be more likely to sell online and how much did I pay for it anyway...?" Now whenever the kids see me pricing a pile of books, they start shrieking until I prove to them that they're all doubles! Promise! And Lindsay feels like I've been singling out only his possessions for possible resale—and he may be right. I mean, if you've left something in the garage for eight years, doesn't that mean you've forsaken ownership?

This Igor Pantuhoff waif painting is another story. I bought her at an estate sale for $5 several years ago. I still remember the time capsule girly-pink bedroom I liberated it from: When I took the picture down, an outline remained on the yellowed walls, a ghost rectangle marking where it had hung for god knows how long. It's not really my style so I stuffed it into a closet, where the younger daughter managed to find it when she was around three years old. She took a shine to it and I didn't see the harm—at least it's not one of Igor's very creepy topless sad-eyed waifs—but now three years later, she's kinda attached to it and I so want to sell it because there's a real market for this stuff! But alas, I know she's not going to give it up, unless I take a leaf out of my own mother's playbook and trade her for it, preferably for something far less valuable (feel free to revisit the story of how my mother hoodwinked me into giving up a collectible Lalique bottle for a rock with glued-on googly eyes). But when I've already given her—I was thinking loaned at the time but it seems more permanent now—half my Breyer horse collection and my vintaqe horsey paint-by-numbers, what does a mother have left to give? 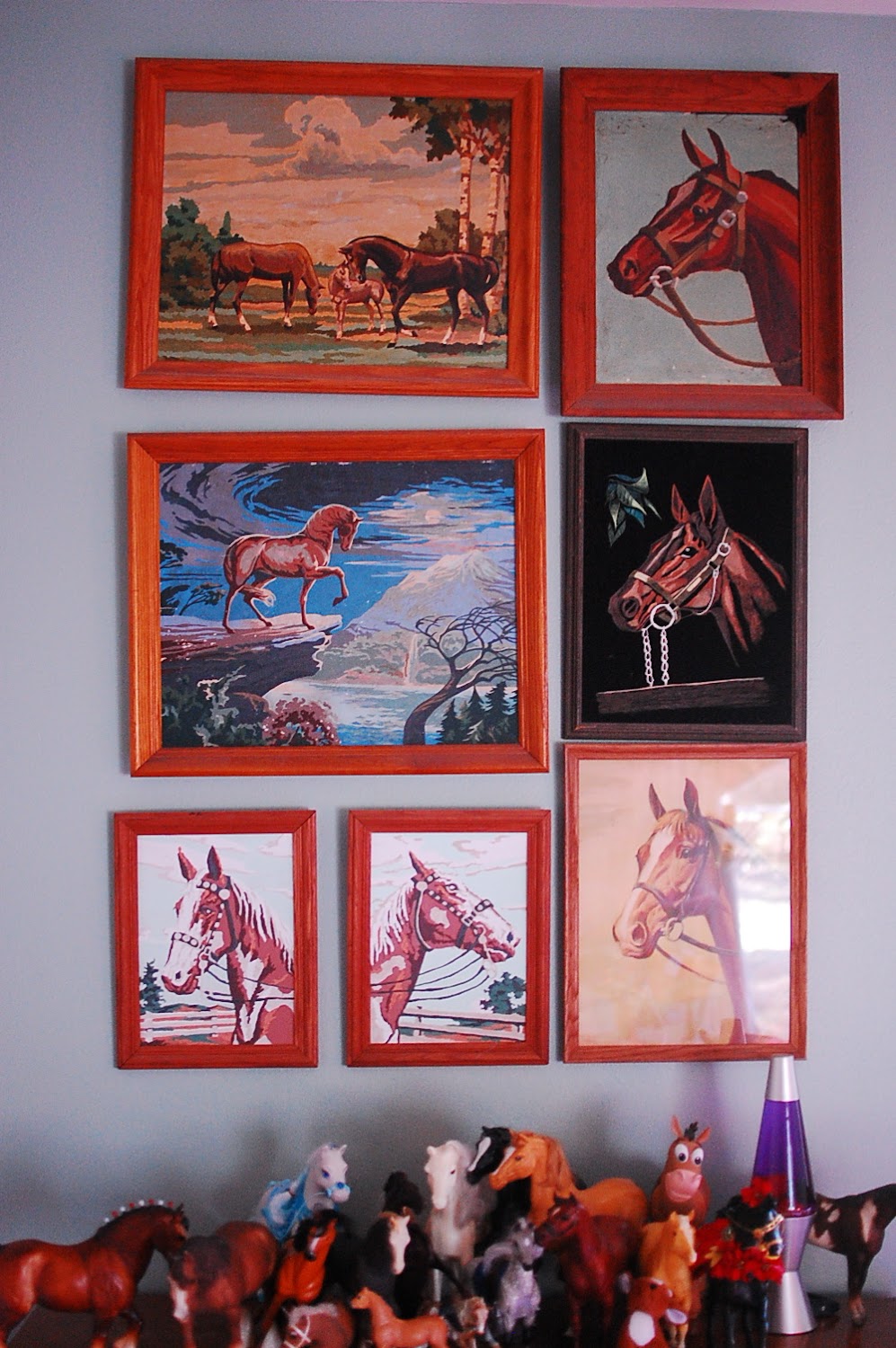 Email ThisBlogThis!Share to TwitterShare to FacebookShare to Pinterest
Labels: thrift shop art, what the kids got