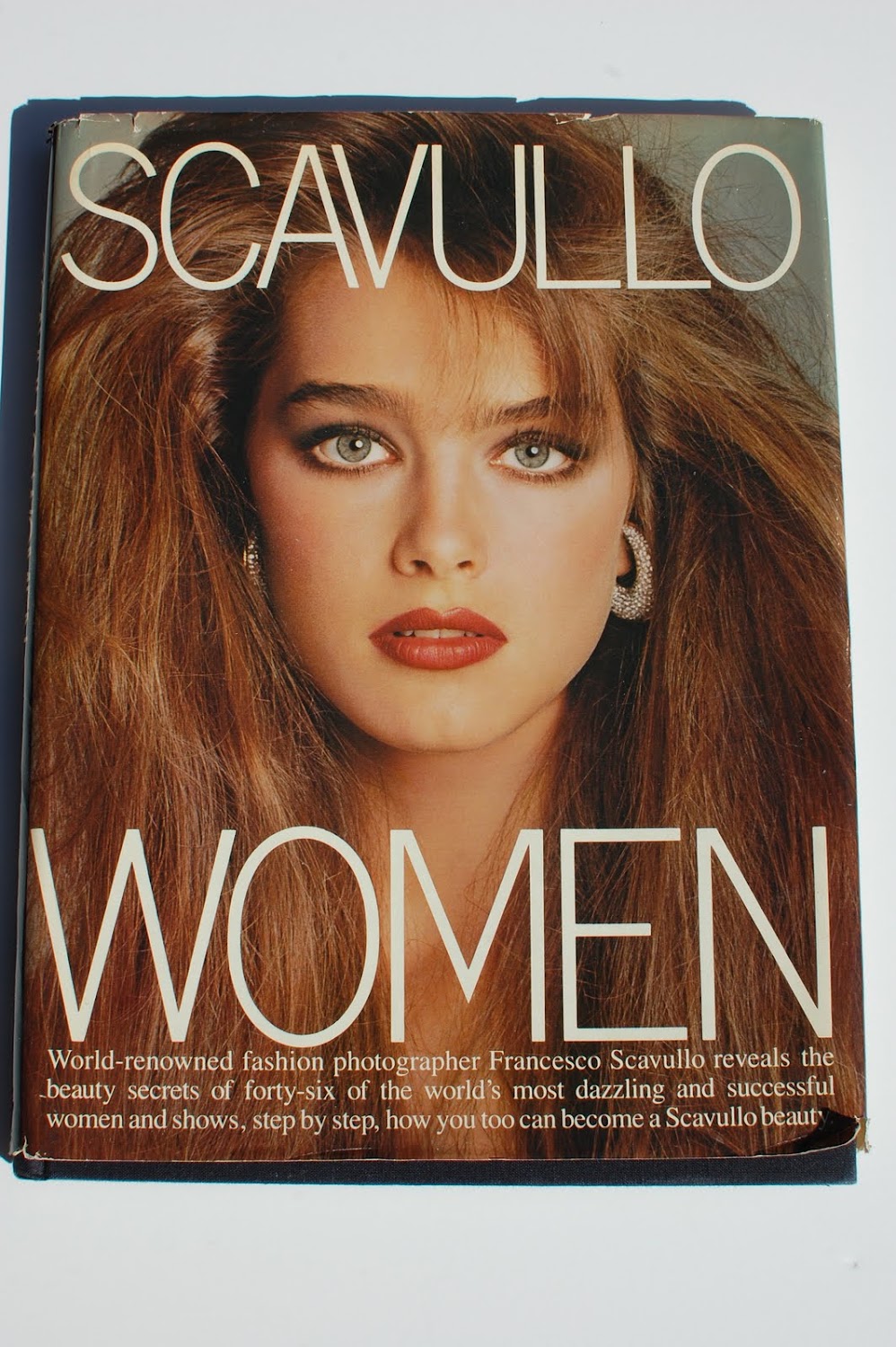 It was pretty hard to choose who was most scan-worthy from Scavullo Women, Francesco Scavullo's 1982 coffee-table book celebrating the ladies of the late ’70s/early ’80s and their disco-diet tips. There are 46 featured; half, Scavullo says, are models, and the rest are the usual cross-section of "novelists, journalists, housewives, princesses, singers, schoolgirls, fashion editors, designers, businesswomen, movie stars, theater stars, television personalities." (Among those not pictured here: Carol Alt, Farrah Fawcett, Tina Chow, Catherine Oxenberg, Adelle Lutz, Jill Sander...) What they all have in common is that they're "fabulous" and the photo he's selected is "of a woman looking the best she's ever looked in her life."

I never owned this book back in the day, when I aspired (futilely) to look like these ladies (I have the raccoon-eyed, purple-clad, big-haired school portraits to prove it), but that Brooke Shields cover is etched on my brain, just like the dippy monologues from the old Calvin Klein commercials. When I snatched it off the "health and fitness" table at the New Braunfels library sale last year, it was the first time I'd ever cracked it open. To my 21st-century eye, the "before" shots—the more natural, minimally made-up pictures—are infinitely more appealing... Guess I just can't help the blandly tasteful person I've become (see previous meditation on this subject). There's no mistaking that the "after" shots date to the last days of disco.

Somebody must've thought that the book couldn't stand on its own, that it needed a servicey angle, and somehow, I think, Scavullo was not that person. Posing as a beauty guide, it makes empty promises familiar to readers of women's magazines, and the so-called secrets, tricks and tips boil down to the usual platitudes: Know thyself. To feel good is to look good. Don't take fashion magazines literally, or you'll be a fashion victim. Scavullo's women ramble on and on, their quotes seemingly unedited, as they struggle to come up with something helpful to say: 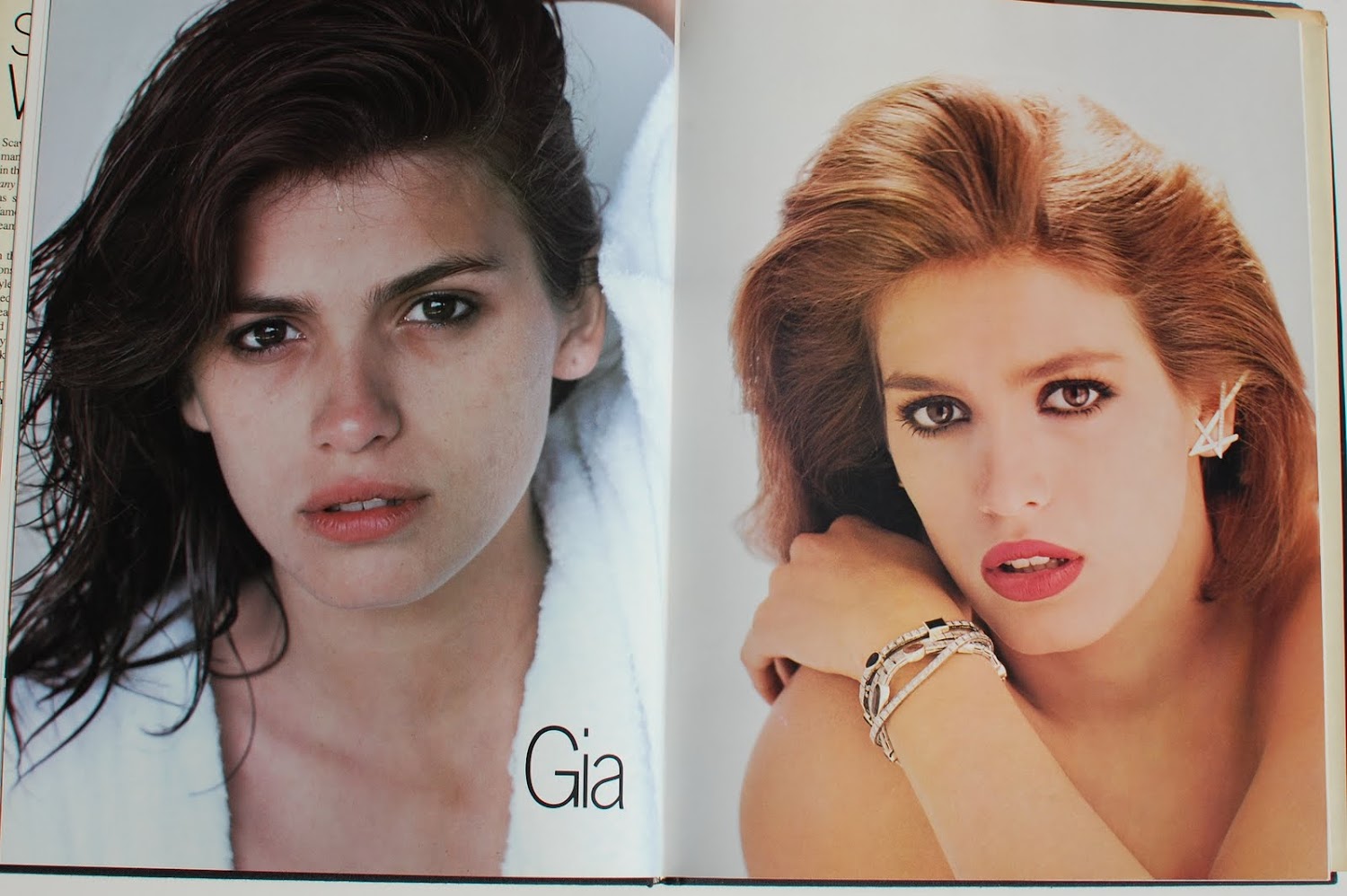 Gia Carangi, one of the first of the supermodels, struggled with heroin addiction and died of AIDS at the age of 26. (Most people know her from the TV biopic starring a young, on-the-brink Angelina Jolie.) "I eat a lot. I eat everything—except, I don't go for mixed salads. I eat pizza and hamburgers, and I eat pheasant and Jell-O and steak and spaghetti." 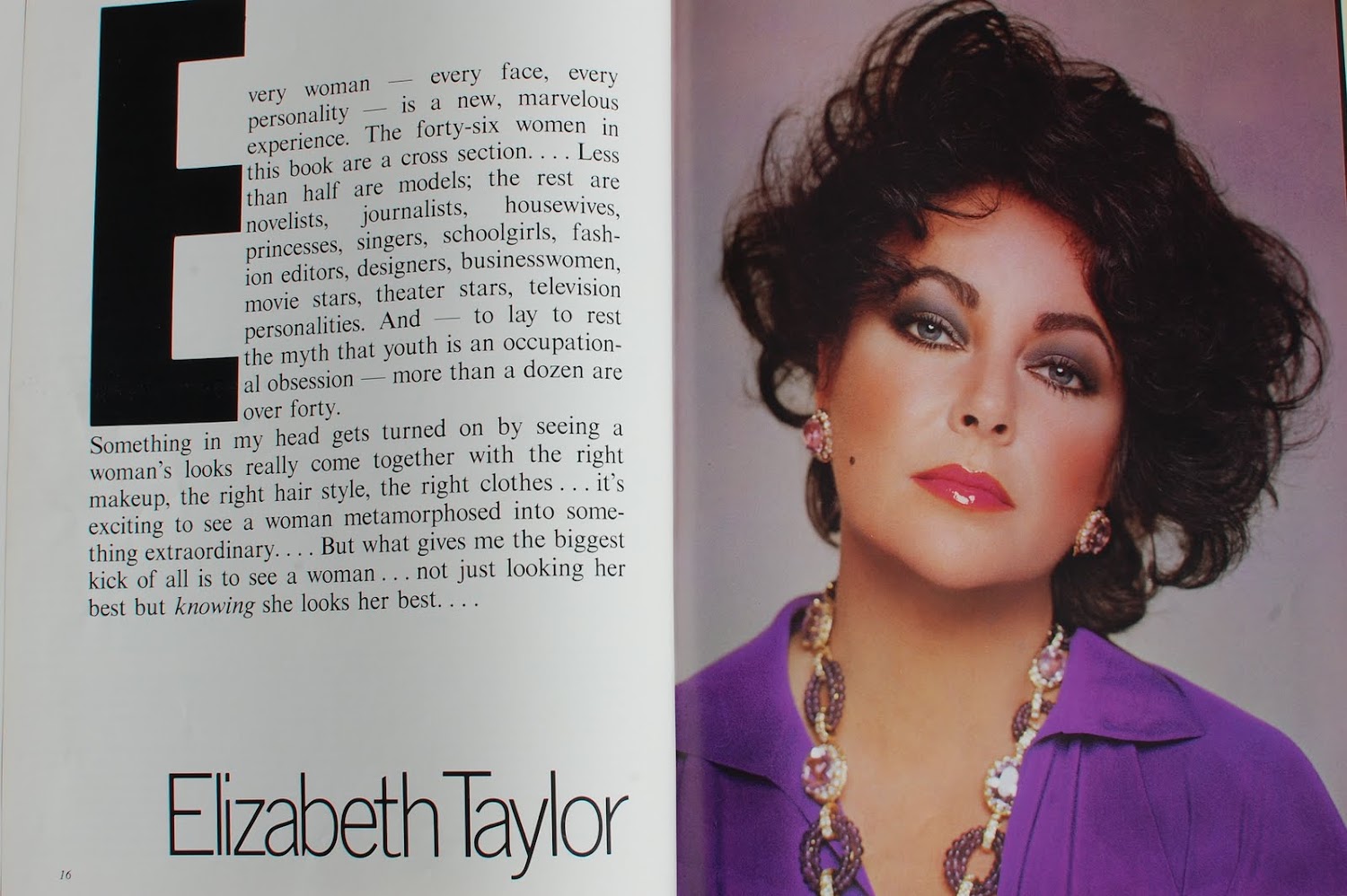 La Liz: "Even three years ago, I wouldn't have said that I might ever, possibly, conceivably, under any circumstances have a face lift, because I'm of the grow old-gracefully school, and every wrinkle I've got is a wrinkle earned. But it's wrong to discount any possibility." 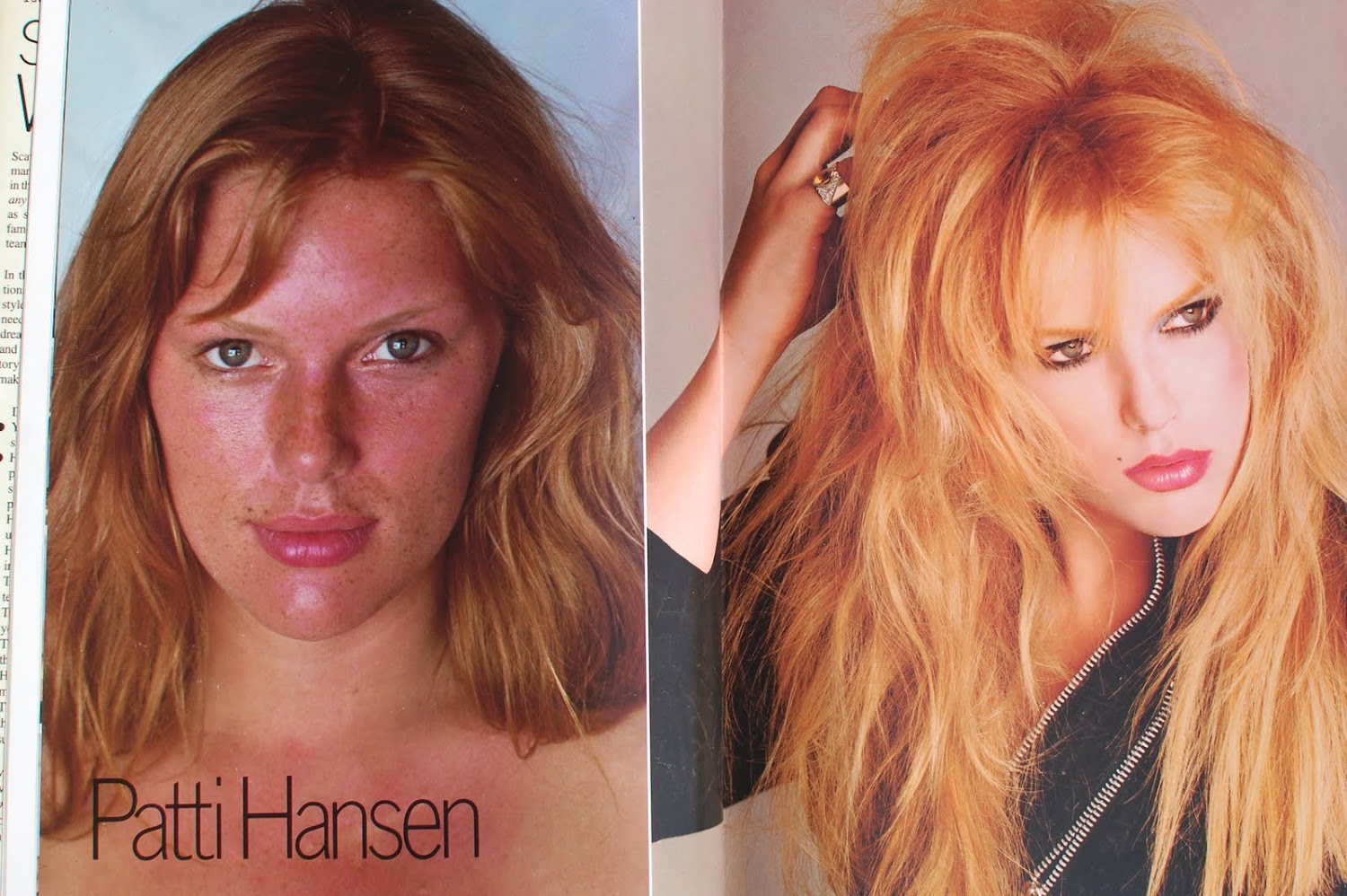 Patti Hansen, aka Mrs. Keith Richards: Not big on exercise back in 1982 but when she went through a "fat period," she decided to enroll in an exercise class, the Lotte Berk Method: "I looked around at all the little fatties in the class, and I thought, Oh, wow, this is going to be great; no contest! Well, by the end of the first class, I couldn't lift my leg and these tubby little bowls had their legs wrapped around their waists. I was so embarrassed!" 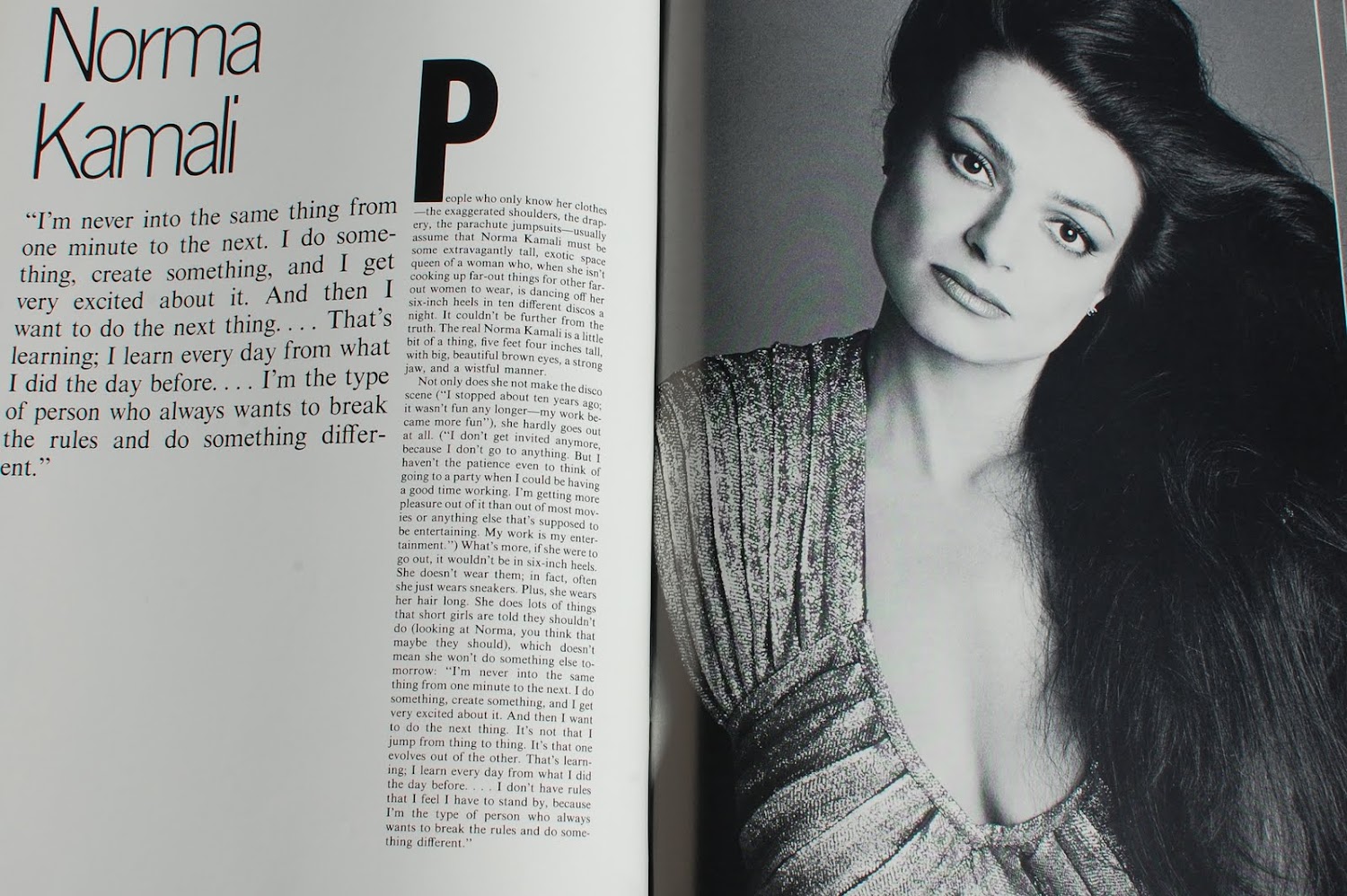 Designer Norma Kamali, on where she would shop if she didn't wear her own parachute jumpsuits: "I would probably dress at the five-and-dime. They have lots of great things; I buy my underwear there now." (I actually love Norma Kamali, but she didn't exactly have any "beauty secrets" to share with the masses. 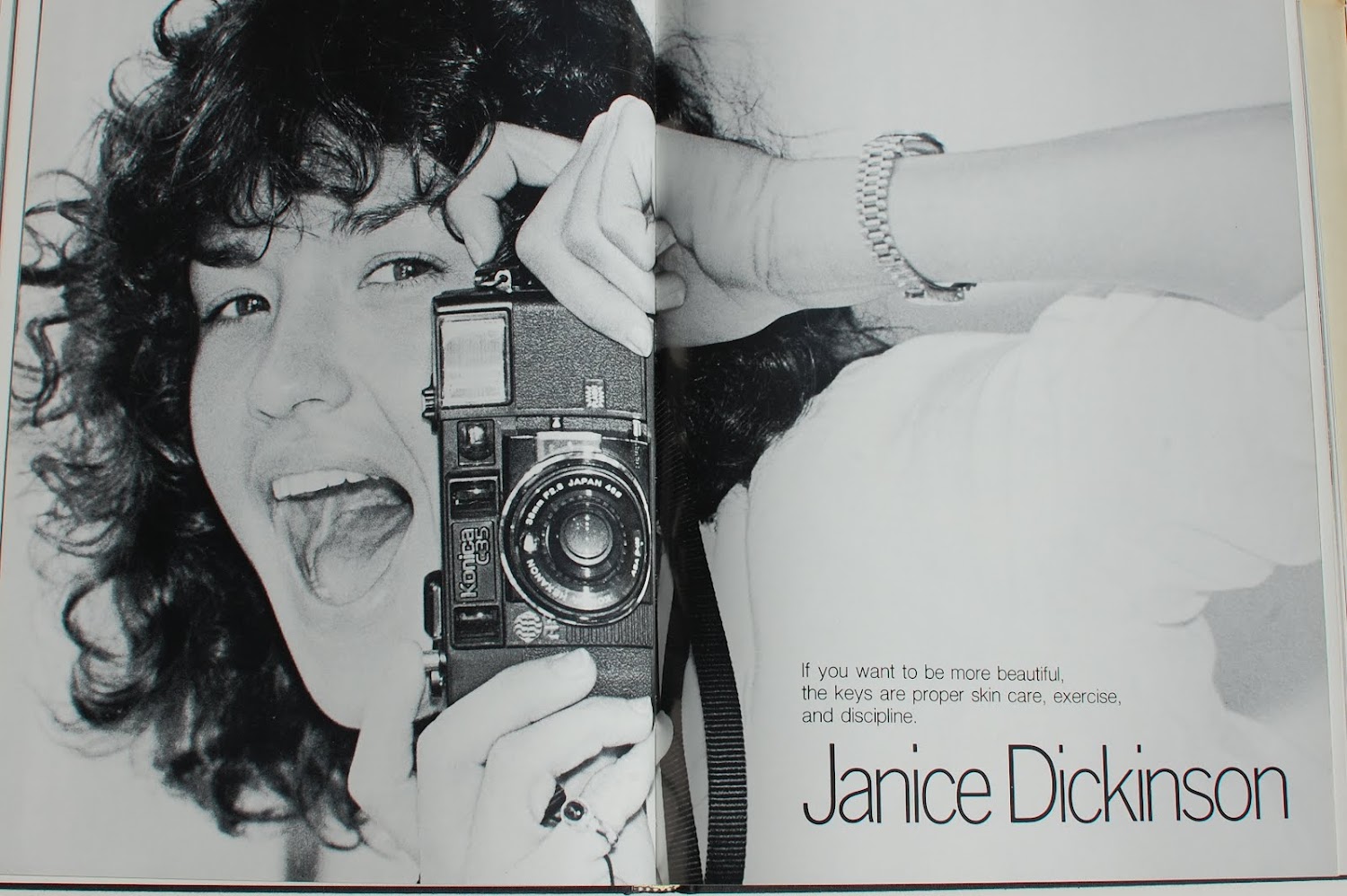 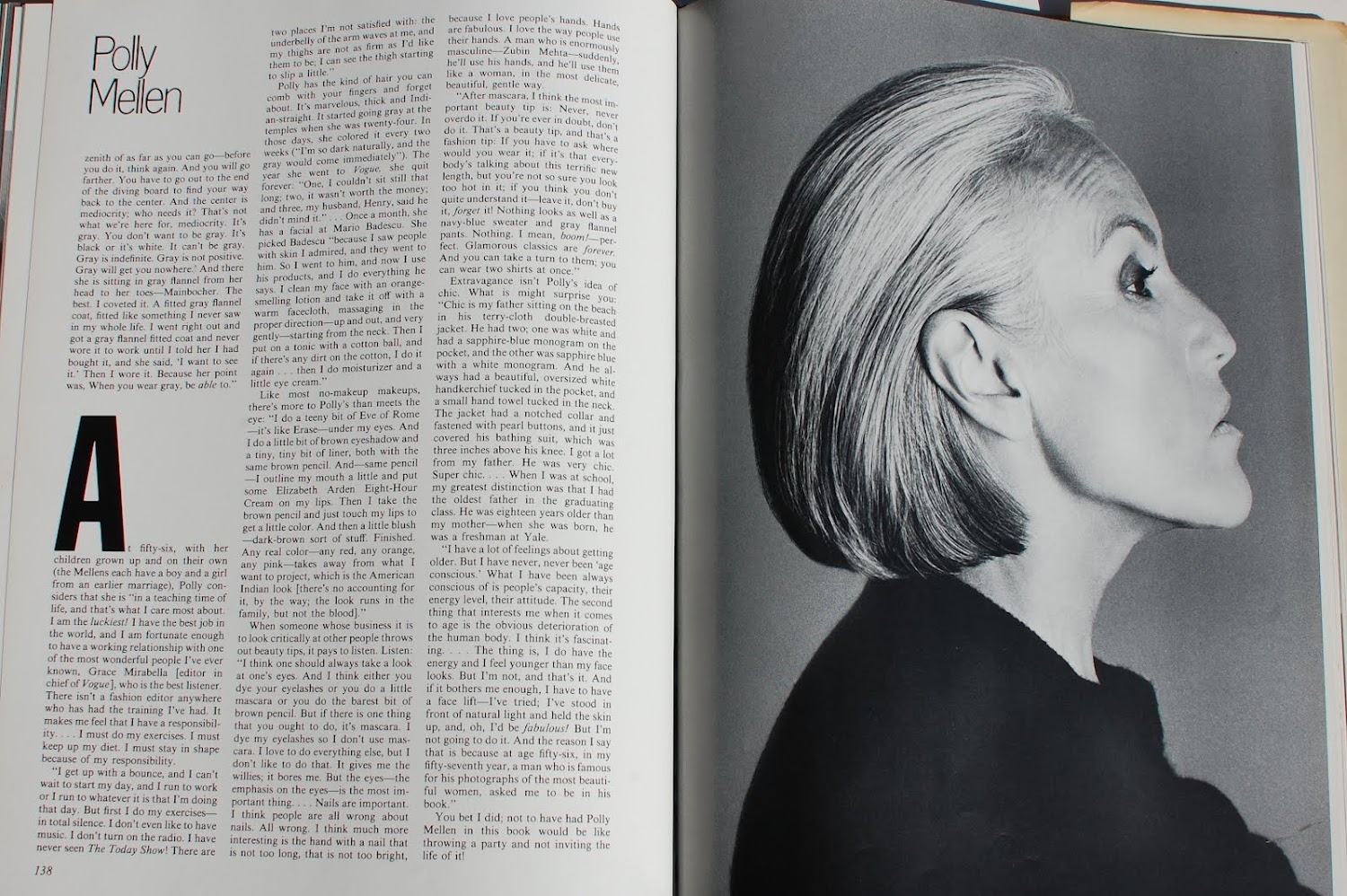 Polly Mellen, Vogue fashion editor in the Grace Mirabella era: "I dye my eyelashes so I don't use mascara. I love everything else, but I don't like to do that. It gives me the willies; it bores me."

Polly's peculiar views on mascara pretty well approximate my feelings as I leaf through this book—sometimes it gives me the willies, and sometimes it bores me...but mostly I love it.